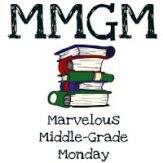 Like everyone else who participates in MMGM, I anxiously awaited the release of MMGM founder Shannon Messenger’s debut novel, KEEPER OF THE LOST CITIES. I’m thrilled to say that it met all of my expectations and then some. And because I want to give back to Shannon the way she gives back to all of us through MMGM, regular giveaways, and WriteOnCon, I’m going to do my first giveaway ever this week. The details are at the bottom of this post, so read on!

Twelve-year-old Sophie Foster has a secret. She’s a Telepath–someone who hears the thoughts of everyone around her. It’s a talent she’s never known how to explain.

Everything changes the day she meets Fitz, a mysterious boy who appears out of nowhere and also reads minds. She discovers there’s somewhere she does belong, and that staying with her family will put her in grave danger. In the blink of an eye, Sophie is forced to leave behind everything and start a new life in a place that is vastly different from anything she has ever known. 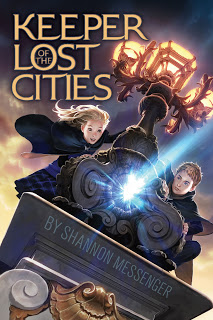 Sophie has new rules to learn and new skills to master, and not everyone is thrilled that she has come “home.” There are secrets buried deep in Sophie’s memory–secrets about who she really is and why she was hidden among humans–that other people desperately want. Would even kill for.

1. The descriptions – I’ve said before that I’m a sucker for a good metaphor or simile, and Shannon Messenger is a master of description. I’ve pulled one example that stood out enough I stopped reading to go insert it into this post so I wouldn’t have to search for it later.

“The whirlpool formed a tunnel of air, dipping and weaving through the dark water like the craziest waterslide ever. She was actually starting to enjoy the ride when she launched out of the vortex onto an enormous sponge. It felt like being licked from head to toe by a pack of kittens–minus the kitten breath–and then the sponge sprang back, leaving her standing on a giant cushion.”

It’s the kitten thing. I just loved it.

2. Sophie’s strength – I really admired Sophie as a character. Sophie deals with some real temptation thanks to her telepathic ability, and while she doesn’t always succeed, she makes it right when she doesn’t. She stays strong in resisting temptation, even when it’s really hard, and that made her character in my book. Here’s an example, although I’ve omitted one word to avoid a spoiler.

“Alden closed his eyes. Listening to Grady’s thoughts? Transmitting another plea? Not since the xxxxx incident had Sophie been so tempted to violate the ethics of telepathy and find out what was going on. But if Alden somehow caught her, Bronte could use it to have her exiled.

Would he catch her?

She could probably sneak in without him knowing, but what would she do with the information? If she said or did anything about it, he’d know how she found out.

It wasn’t worth the risk.”

3. The layers – Sophie’s been thrown into an entirely new world, so there are many things for her to figure out. Fitting into a new school. Making friends. Worrying about the fires in the human world. Figuring out where she came from and why she’s so different. And if that isn’t enough, she can’t even trust her own mind. I enjoyed the way Shannon Messenger brought these layers together in the end without resolving everything. It left me satisfied for now but wanting more later.

4. Keefe – If this is going to be one of those series where you pick a team, then I’m definitely Team Keefe. Just thought I should put that out there now. I know she likes Fitz, but there’s something to be said for the boy who keeps her off-balance and believes in her through everything. Even her best friend Dex doesn’t live up to that standard at one point. Plus, Keefe has some family issues going on that I bet are going to come up in one of the future books. It should make things quite interesting. Note: In case this point makes you wonder if the book is more YA, that’s not the case at all. We’re talking about first crushes and tingly feelings and blushing, nothing more.

5. It made me tear up – As my husband would tell anyone, it takes a lot to make me cry. I rarely do it in real life, but sometimes a book or movie will really get to me. There was a scene with Sophie’s host family that made me tear up, and for me, that takes this book to the next level. I have to really identify with the character for that to happen, and Sophie earned the tears. She may be special, but her life isn’t perfect by any means. She has to figure out how to live with her new reality, and I expect there will be more emotional trials to come in the rest of the series.

So, the contest! I’m giving away a signed copy of KEEPER OF THE LOST CITIES*. To enter, leave a comment on this post by noon Central Time this Friday, Nov. 2. I’ll announce the winner on next week’s MMGM post.

*I’ve had a few questions about whether the contest is international. I hadn’t considered that, so here’s what we’ll do. I’m going to have the book shipped directly from the store where Shannon signed. If the winner is in another country and this shop doesn’t ship internationally, we may have to work something else out (like an unsigned copy from a store in your country if available), but I’m not going to exclude anyone.

32 thoughts on “MMGM: KEEPER OF THE LOST CITIES with a giveaway!”