Two weeks ago, I was intrigued by Akoss’ post on VANISHED by Sheela Chari. A middle grade book about a mysterious instrument? Plus, I love this cover. I had to read it!

Eleven-year-old Neela dreams of being a famous musician, performing for admiring crowds on her traditional Indian stringed instrument. Her particular instrument was a gift from her grandmother–intricately carved with a mysterious-looking dragon.

When this special family heirloom vanishes from a local church, strange clues surface: a teakettle ornamented with a familiar pointy-paced dragon, a threatening note, a connection to a famous dead musician, and even a legendary curse. The clues point all the way to India, where it turns out that Neela’s instrument has a long history of vanishing and reappearing. Even if Neela does track it down, will she be able to stop it from disappearing again?

1. The culture – It was interesting to read from the point of view of a young girl who has grown up American but steeped in Indian culture. I liked how her parents encouraged her to be both and how that made her into the girl she is. It was also interesting to see how that played out differently with her best friend, Pavi, whose parents were more traditional.

2. The authentic middle school experience – There were a fair amount of scenes at school, and I recognized the characters. The popular girl. The follower. The girl marching to her own beat. The wise-cracking boy. But while they seemed familiar, they didn’t become stereotypes. It was more than the characters, though. It was the way Neela viewed each of them and how her interactions with them changed throughout the book that seemed so real to me. Middle school is a time when friendships change in so many ways. Sheela Chari really captured that.

3. The mystery – This book was nominated for an Edgar Award, so that should give you a clue that the mystery is well-done. It was a rather slow-paced book, which is different from what I typically read, but I liked the way the mystery unfolded slowly over several months. That’s probably how it would happen in real life, after all. It was the type of mystery that the reader could piece together along with Neela. There wasn’t a huge twist at the end, but the clues were handed out slowly enough to keep the reader from solving the mystery too soon, either.

4. The music – Well, I said that was one of the reasons I decided to read this book. I enjoyed experiencing the music through Neela, from her stage fright to the way she shared it with her little brother. As an instrumentalist, I understood her connection to her veena. I know it feels strange for me to play on a violin other than my own.

5. Neela’s growth – Neela’s character arc was very well-done. She grew in a number of ways throughout the book. I enjoyed watching her figure out who she wanted to be and what she believed about right and wrong. She had to make a number of decisions that would define her future. I liked experiencing that with her.

So, has anyone else read VANISHED? What did you think? 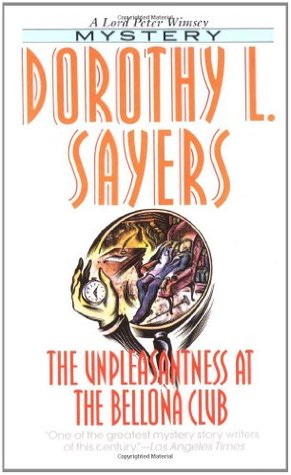