I did not read nearly as much as I thought I would on our trip to Australia, but it’s because I was busy doing things like holding koalas and feeding kangaroos. 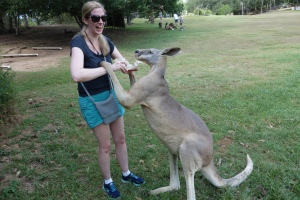 Actually, I ticked those off my bucket list on our first day there while visiting the Lone Pine Koala Sanctuary outside Brisbane. I highly recommend the experience if you’re ever in Australia. It was the highlight of the trip, although a close second was singing on the stage of the Sydney Opera House during our backstage tour. Sorry, I don’t know you all quite well enough to post that video here :).

I could share a hundred more pictures, but the purpose of my blog is to share either writing or book reviews, and today I want to talk about the last book that came through on my Kindle during the trip. I didn’t actually read it in Australia, but since I downloaded it there, I felt like that gave me an excuse to share a couple of pictures. Anyway, here is the cover and description for CARAVAL by Stephanie Garber. Scarlett has never left the tiny island where she and her beloved sister, Tella, live with their ruthless father. Now Scarlett’s father has arranged a marriage for her, and Scarlett thinks her dreams of seeing Caraval, the legendary, once-a-year performance where the audience participates in the show, are over.

Then, Scarlett’s long-dreamt of invitation to Caraval finally arrives. So, Tella enlists a mysterious sailor’s help to whisk Scarlett away to this year’s show. But as soon as the trio arrives, Tella is kidnapped by Caraval’s mastermind organizer, Legend.

Scarlett has been told that everything that happens during Caraval is only an elaborate performance. But she nonetheless soon becomes enmeshed in a game of love, heartbreak, and magic with her sister, with Legend, and with the other players in the game. And whether Caraval is real or not, she must find Tella before the five nights of the game are over, a dangerous domino effect of consequences is set off, and her sister disappears forever.

2. The descriptions – The writing is just gorgeous. It’s easiest to just give you an example.

The sky was black, the moon visiting some other part of the world, as Scarlett took her first step into Caraval. Only a few rebel stars held posts above, watching as she and Julian crossed the threshold of the wrought-iron gate, into a realm that for some would only ever exist in wild stories.

While the rest of the universe had suddenly gone dark, the grand house blazed with light. Every window shimmered with buttery illumination, turning the flower boxes below into cradles full of stardust. The citrus scent from before was gone. Now the air was syrupy and thick, still much sweeter than the air on Trisda, yet Scarlett only tasted bitter.

3. The romance – I’m a sucker for a rascal of a love interest. It must be all those romance novels I grew up reading. Anyway, I loved how the romance built between the two characters. There was just the right amount of tension.

4. The twists – Wow. It seemed that with every new chapter, a new twist was being revealed. Honestly, I was second-guessing every character–and I LOVED IT! It made complete sense within the world Ms. Garber built. None of the twists were gratuitous. So well done!

5. The pacing – I couldn’t put this book down. I was reading it during my son’s birthday party with a bunch of nine-year-olds running and screaming around my basement, so obviously that classifies it as unputdownable. I think it’s in large part due to what I mentioned about the twists, but also because there was a ticking clock–always a good strategy for keeping you reading!

Also, the ending was a perfect teaser for the next book in the series, so I’m anxious to read on. I sort of hate reading the first book in a series when it first comes out for this very reason, but oh well. I thoroughly enjoyed it and highly recommend it. If you’ve read CARAVAL, I’d love to discuss it further with you in the comments!

Responses to “YA Review: CARAVAL by Stephanie Garber” 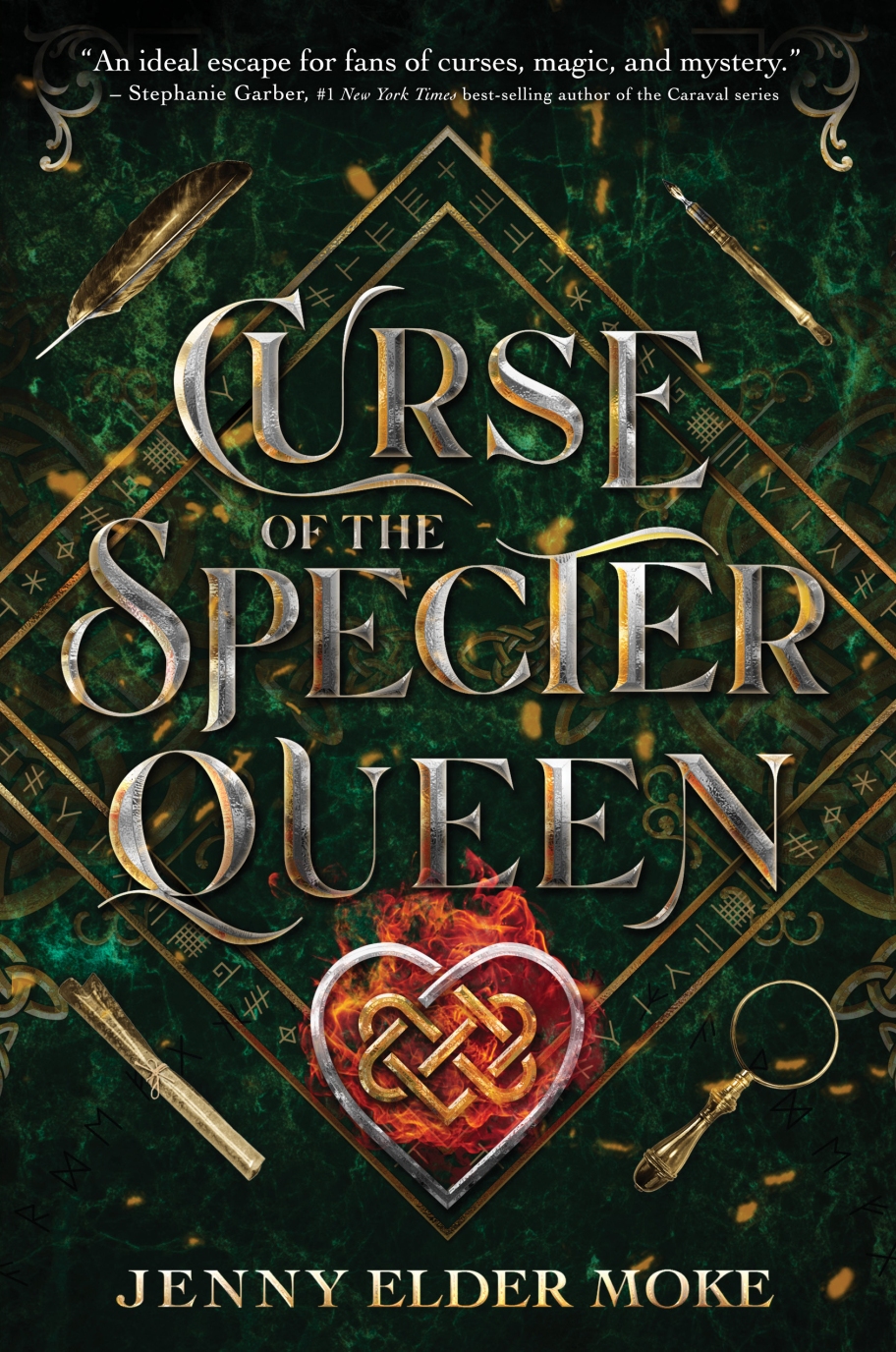 Today marks 2 months until the release of YOUR LIF

Happy Father’s Day to my dad, who insists all ph

I’m all about a good enemies-to-lovers plot, and