Dear friends, I have been waiting to write this post for SEVEN YEARS! If you’ve been following me for a while, you already know that, but if you stopped by because you love how-I-got-my-agent posts, this current story might seem like a bit of a fairy tale, and I want to make it clear that it’s come after a very long wait. I refer you to my July post, What I’ve Learned in Seven Years of Querying. There are six more posts before that, one each on the anniversary of the day I started querying.

Okay, now that the cautionary tale is out of the way, I’ll return to the much more exciting current story, which does bear the lightning fast and unbelievable characteristics of a fairy tale. On Sept. 5, the same day I wrote my Love Letter to My Complete Manuscript, I started querying YOUR LIFE HAS BEEN DELAYED. Interestingly enough, I discovered the other day this is almost exactly one year after I first jotted down my initial notes in my phone for the idea that would turn into this manuscript, although I didn’t draft it until this spring.

Anyway, I usually send out queries in waves and wait for responses so I can tweak my query or pages accordingly (I’ve documented this here on the blog before). However, with the show MANIFEST coming out on Sept. 24–about a plane jumping forward in time, although not the same amount of time and with a seemingly supernatural vibe–I wanted to be agents’ first impression. So I just started going down the list of all the agents with whom I’d be interested in working. Almost immediately, I knew this querying experience would be different; I was getting a number of requests, and even the few rejections were personalized.

On Sept. 13, one week and one day after I started querying, Agent A asked for a call the following week. Nobody was home in my house, and I seriously screamed, startling my dog and two cats. By this time, I had only received nine rejections from all the queries I’d sent out, so while I was overjoyed, thrilled, in shock at the prospect of an offer (SEVEN YEARS, friends), I was also a bit daunted by the prospect that I would have A LOT of agents to notify if it was, indeed, an offer.

It was sort of agony to wait five days to talk to Agent A, but it also gave me time to get myself together. I researched what questions to ask and the etiquette for nudging other agents, getting all my ducks in a row before our conversation. (Of course I’d read these sorts of posts before, but it’s different when you actually need them.) I set up templates for everything in advance. Here are the resources I used:

On Sept. 18, I talked with Agent A, and she was wonderful! For the first time ever, an agent truly loved my book! She offered me representation, and I proceeded to call my husband and parents and check in with my longtime CPs who were waiting to find out if it really was an offer. Then I started nudging the MANY agents who had already requested my manuscript as well as those who had my query, because my oldest query was twelve days. Agent A suggested I give the other agents two full weeks, which gave me a bit of anxiety because I would be traveling that day, but it was also the amount of time several of my writer friends had recommended, so I went with it.

Holy smokes, guys! Sept. 18 was one of the craziest days of my life. First the offer and then the most amazing correspondence with agents ever. I received several more requests from agents, plus a number of the nicest complimentary step-asides. I’ve heard from other writers that step-asides still hurt, but in my case, each one just gave me a nice glow. That first day I also received a note from Agent B, who said she was in the middle of my manuscript and would get back to me ASAP.

On Sept. 19, several more requests rolled in, and then … Agent B emailed and asked if we could talk that week, saying she’d love to work with me and why, right there in the email. I started hyperventilating a bit because I already loved one agent. How would I be able to choose between two? Plus there were all these other amazing agents requesting. I really didn’t want a ton of offers. I mean, I can’t even decide where to go to dinner when my husband asks! And I am horrible at telling people no …

I talked to Agent B on Sept. 20, and as much as I’d loved Agent A, there were some things Agent B said that really resonated with me about the heart of my character and my book. I felt like she really got me as a writer. I spent the next couple of days contacting clients for both Agent A and Agent B and making a spreadsheet comparing the two (surprising no one who knows me). It was very helpful to ask the same questions of each agent and the clients because I could line up the answers next to each other. When I had it all laid out before me, there was definitely an agent who seemed like a better fit for me, supporting my gut feeling from the call, but I still had ten days left before my decision and about 18(?) other agents considering. (The question mark is due to the timing of those other agents requesting.)

During the next week, I received a couple more requests from agents who were just seeing the nudge (a reason to do two full weeks!) as well as some of the nicest step-asides ever on the fulls. And each time someone stepped aside, even when they were agents I had the highest admiration for and would have loved to work with, I felt relief. To me, this meant that I felt entirely confident in the choice I’d already made between the first two agents, and yet I reminded myself to stay open to the possibility that another great agent might still come in and sweep me off my feet.

Then, on Friday, Sept. 29, I received a request from Agent C, who asked if she could read over the weekend but that if she was interested in offering, we’d have to talk on my decision day, Oct. 2. Perhaps this was the feet-sweeper–because she was a really fantastic agent. On Monday, Oct. 1, I woke up to an email from Agent C, asking for the call on Oct. 2. Fortunately, I was able to get references from two of her clients in advance, and they were both glowing, of course. In the meantime, I had nudged the remaining eight agents I still hadn’t heard from, and most of them stepped aside on Monday. One even called me late Monday afternoon, and we talked about a particular point that concerned her. She was completely lovely and told me to call her if things didn’t work out with whomever I chose.

So, I flew to New York on Tuesday, and my stomach was in knots, guys. I wasn’t nervous about the call itself but about the decision afterward. Because choosing an agent to represent you is a huge decision! And for the past week I’d had a series of super-nice step-asides until at the last minute (but for understandable reasons Agent C had explained), there was another offer. I talked to Agent C for an hour and a half, and once again I was left with an amazing conversation and an agent I could envision working with.

My husband was in meetings until 5 p.m., which was when I had said I would make a decision–not to Agent A on our initial call, but to the agents I had nudged on Sunday and to Agent C. Plus, I was in New York, and I wanted to actually enjoy my time there. So I called one of my longtime CPs (hi, Kip!) to hash it all out. I entered all of the information for Agent C into my spreadsheet and compared them.

Here’s the thing. You hear advice all the time that an agent relationship is personal and it’s different for everyone. After talking with three really fantastic agents who have different styles but are all agents who I believe could sell my book, I totally get that. I could have seen myself working with any of them and having a good relationship with them, but there was one agent who just felt like the best fit. I guess that’s what people mean when they say to go with your gut. Plus, there was my spreadsheet, where I didn’t really have any Cons listed for any of the agents, but I definitely had more Pros listed for a particular agent, possibly also a factor of the way I’d felt during our call and correspondence … 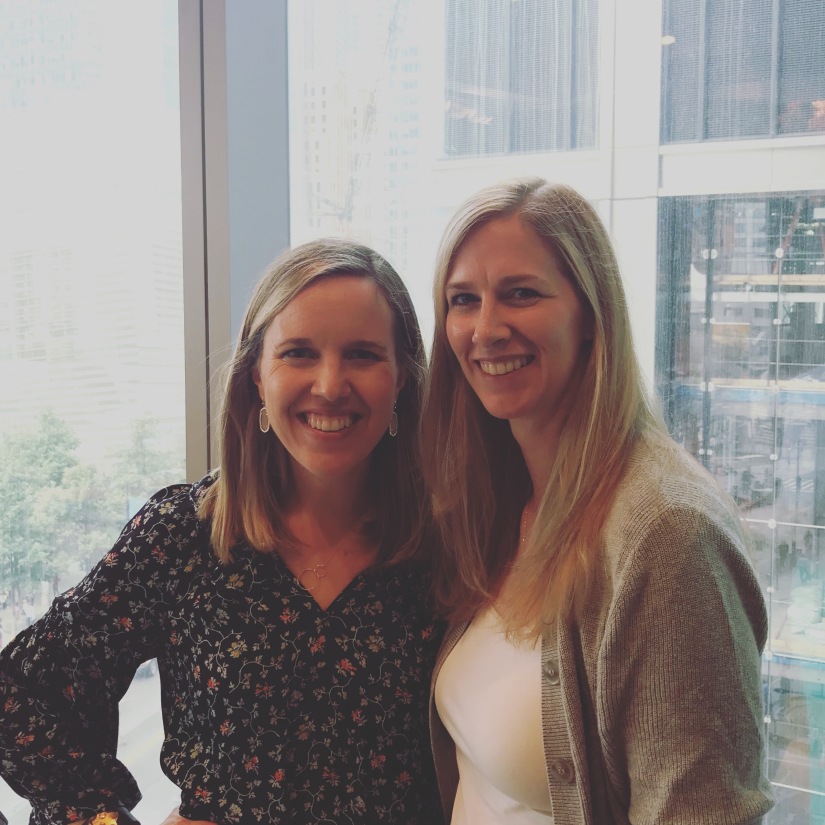 So, I’m delighted to announce that I’m now represented by Elizabeth Bewley at Sterling Lord Literistic. As an extra bonus, since she is located in New York, I got to meet her for lunch on my trip! I can’t wait to get to work with her on YOUR LIFE HAS BEEN DELAYED. And I am so grateful to the other two agents who offered and every other agent who has read and given me feedback over the past seven years. Every single one of them has helped me become a better writer.

If you’ve been in the query trenches a long time, don’t give up! I said a few months ago that it’s about perseverance. I’m on to the next part of this journey now, but I know it certainly isn’t over. There will be more rejection along the way–although I’m just going to celebrate over here for a bit :).

On Sequels Ruining the Original

Responses to “I Have An Agent!”