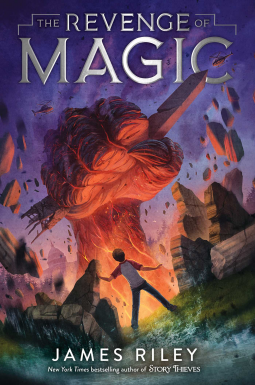 8 thoughts on “MMGM: THE REVENGE OF MAGIC by James Riley”