I can’t believe it’s already February and I haven’t yet shared a review roundup here on the blog! However, I’ve been reading quite a few ARCs (Advanced Reader Copies) for fellow #the21ders, and I plan to feature those books closer to when they release so you can actually get the books and/or request them from your library at that time. The first book on this list, DRAGONFLY GIRL, was an ARC I read a few weeks ago, and it releases later this month, so if you are a library reader, you should be able to put it on hold at least! The others are all out now. 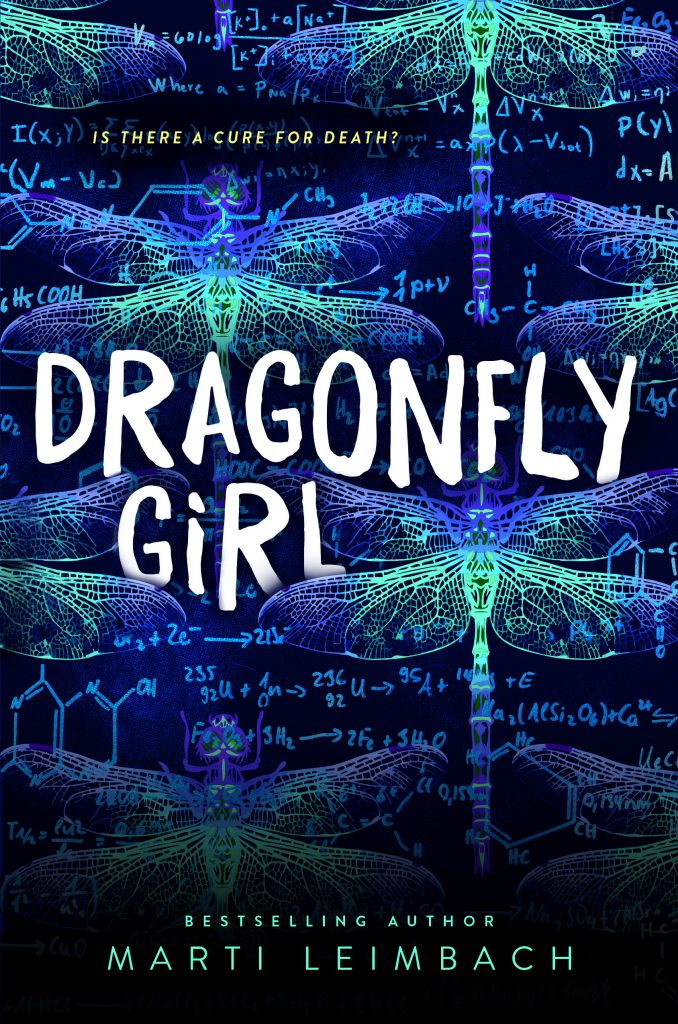 The premise for Marti Leimbach’s DRAGONFLY GIRL immediately intrigued me: Kira Adams has discovered a cure for death – and now her life is in danger. Um, yes, please!

It’s about a science genius who’s awkward, shy, and doesn’t fit in at school. When her paper on dragonfly hunting patterns wins an international science contest (kudos for how well the science is explained in the book!), she finally finds her people–although they’re all adults. Her work draws the attention of a celebrated scientist, and she begins working at a top-secret lab. While conducting an experiment, she revives a rat in her care.

There’s so much to love in this story. A super-smart girl, constantly escalating stakes, academic rivalry and cooperation. I also love how this story shows multiple aspects of friendship, from long-term solidarity to the instant bond of like minds to the kind that grows out of hardship. And did I mention the awesome science girl? Definitely merits another plug!

DRAGONFLY GIRL releases Feb. 23, so pre-order or request it from your library! Thanks to NetGalley for the read.

I adored THE QUANTUM WEIRDNESS OF THE ALMOST KISS by Amy Noelle Parks! Told in alternating viewpoints between best friends Caleb and Evie, it’s set at a boarding school that specializes in science and math. Caleb has been in love with Evie forever (and has tallied up more than a dozen almost-kisses), while Evie just hasn’t been interested in romance—until Leo impresses her with a beautiful physics solution. The story centers around entering a competition to be considered for Frontier, a prestigious math competition. Evie and Caleb work on a project together that involves her math and his coding, while Leo enters on his own. Obviously that gets… awkward.

I loved how this story handled all of the various characters without turning anyone into a villain, which is something that easily could have happened. Caleb, Evie, and Leo are all great characters, and I also really loved Evie’s best friend, Bex. In addition to including a ton of math and physics (yay for smart teens!), it also tackled Evie’s anxiety, teens working through real issues with their parents, and figuring out what you really want in a relationship. Just a fantastic story all around.

I kept seeing praise for THE INHERITANCE GAMES by Jennifer Lynn Barnes and as I’d read and loved two of her other books, I didn’t take too much convincing.

WOW! I read this book in less than 48 hours and immediately told my husband and son to read it too. It actually involved me shouting the words “I knew it!” into the house, which is always a satisfying feeling 😀. But I suppose I should back up and explain what it’s about.

First of all, it’s billed as ONE OF US IS LYING meets Knives Out, and this is the perfect description. Basically, Avery Grambs inherits from a billionaire she’s never met—and he disinherited his whole family at the same time. In order to earn her inheritance, she must live in his mansion for a year, with his family, and she can’t kick them out unless they do something to deserve it. Yeah, that’s not asking for trouble. Throw in four too-handsome and troubled grandsons, three of which are right about her age, and things get extra-interesting.

This book has intrigue and puzzles and relationship drama and a mysterious backstory with another girl plus Avery’s mom (separate mysterious backstories). And the best part is, this first book gets wrapped up rather nicely but at the same time leaves a nice cliffhanger for the next one. So, definitely check this one out. And also let me know if you have a similar “aha” moment!

HAPPILY EVER AFTERS by Elise Bryant is about 16-year-old Tessa Johnson, who has never felt like the protagonist in her own life and rarely sees herself reflected in the romance novels she loves. She buries herself in writing stories that she shares only with her best friend, Caroline. But when she’s accepted to a prestigious arts school, sharing her work is a requirement, leading to a serious case of writer’s block. Caroline encourages her to pursue her own love story to spark her creative juices.

And that’s where things get really interesting. Nico, a fellow student in her creative writing course, seems like the perfect target for her romance. But there’s also Sam, her classmate and neighbor and friend, who bakes the most extraordinary treats.

I love romance, so I was all in for the romance storyline, but my favorite part of this book was Tessa and how she grew as a character, both with her writing and figuring out who she was. I also really loved all of the side characters, from Tessa’s brother, Miles, to her best friend, to her new friends. It’s a great cast of characters, full of rich personality. Definitely add this book to your TBR!

So that’s the roundup for today! As mentioned above, they may be more sparse for a bit as I focus on reading ARCs for other debut authors, but it doesn’t mean I’m not reading. And I will be fitting in other reads as I can. I’d love to hear what you’ve been reading as well!

7 Months to Release: Your Life Has Been Delayed Watch List