What if one flight changed your life forever?

After visiting her grandparents in New York City, Jenny Waters is ready for the perfect senior year. She’s going to hang out with her best friend Angie, finally kiss her new boyfriend Steve, and convince her parents to let her apply to Columbia so she can become an award-winning journalist. But when her plane lands in St. Louis, Jenny and the other passengers are told their plane vanished into thin air. . . and then reappeared twenty-five years later.

Suddenly, it’s not 1995 anymore. Everyone in Jenny’s life has spent the last twenty-five years mourning her death. Jenny has missed two decades of pop culture, and her high school is practically unrecognizable. Learning about smart phones and social media is difficult enough, but the unexplainable mystery of the flight has also thrust Jenny’s entire life into the spotlight–which makes it extra-complicated when Jenny falls for a cute, kind classmate with an unusual connection to her past.

Can Jenny figure out a way to move forward, or will she always feel stuck in the past?

Michelle I. Mason offers a thought-provoking debut novel about the most unexpected ways life can change . . . and the parts that always stay the same.

Add it on Goodreads

“A plane trip home from New York to St. Louis upends a rising senior’s existence when the aircraft, taking off in 1995, lands 25 years later, in (a Covid-free) 2020… Mason adeptly depicts the shock Jenny experiences in jumping forward over two decades, depicting notable changes (e.g., in gender norms) to explore differences in teens’ lives between the 1990s and today. With its intriguing premise and approachable first-person narrative, this page-turner encourages readers to appreciate the now. ”
–Publishers Weekly

“Your Life Has Been Delayed is a thought-provoking examination of how time affects us all and the things that stay constant in life.”
–The Southern Bookseller Review

“An interesting concept . . . to show a wide array of ways that life could play out (from the tragic to the surprisingly happy) when everyone thinks you are never returning.”
–BCCB

What did people think about technology in 1995?

A 1995 episode of “The Computer Chronicles” explaining the Internet 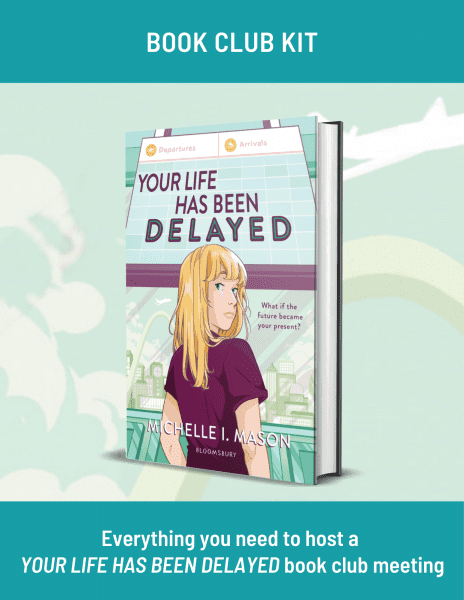 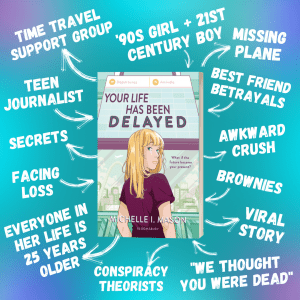