I finally got to read the last books I purchased during the Fierce Reads Tour back in October. I still have quite a reading backlog from the Scholastic Warehouse Sale and Christmas, but I couldn’t put these off anymore because the third book in Jessica Brody’s UNREMEMBERED series comes out at the end of February, and I want to give away the first two in plenty of time for the winner to read them before then. So, here’s the description for the first book: 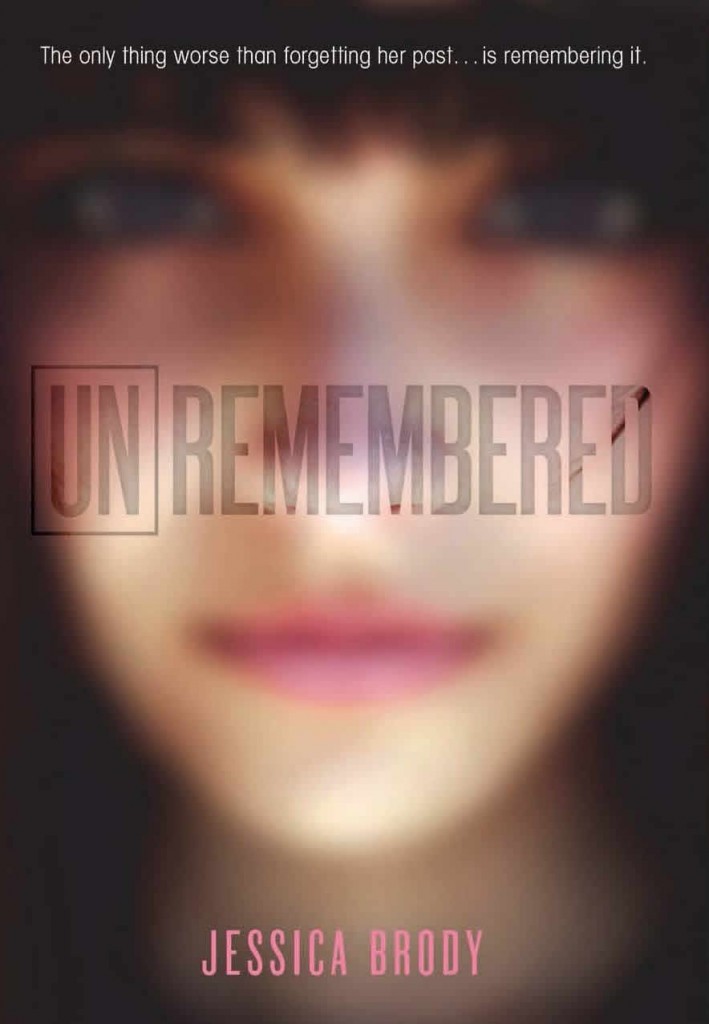 When Freedom Airlines flight 121 went down over the Pacific Ocean, no one ever expected to find survivors. Which is why the sixteen-year-old girl discovered floating among the wreckage—alive—is making headlines across the globe.

Crippled by a world she doesn’t know, plagued by abilities she doesn’t understand, and haunted by a looming threat she can’t remember, Seraphina struggles to piece together her forgotten past and discover who she really is. But with every clue only comes more questions. And she’s running out of time to answer them.

Her only hope is a strangely alluring boy who claims to know her from before the crash. Who claims they were in love. But can she really trust him? And will he be able to protect her from the people who have been making her forget?

1. The reveal – I had so many theories about who this girl was and how she ended up in the midst of the plane wreckage, and I didn’t come up with the right answer. When she discovers her true identity, the payoff is perfect. It was an “Oh!” moment without feeling like I should have figured it out on my own.

2. Cody – Cody is Seraphina’s foster brother, and I just loved his character. He–rather begrudgingly–teaches her so much about how the world works and endears himself in the process. He was only in about half of the book, but I’m hoping he’ll return in the others. (No, I don’t know yet, but I will finish reading the second book before I have to send it off to a winner.)

3. The definitions – Seraphina doesn’t recognize many common terms, so she has to try and reconcile them with the definitions stored in her mind. These often result in funny and/or awkward definitions. Here’s an example.

“Mounted on the counter is the same kind of card-reading device that I saw at the supermarket yesterday. I point to it. ‘Why don’t you just use that?’ I ask, trying to be helpful.

“But once again, I’ve said the wrong thing. Cody groans as he hands the man two bills. ‘Because my parents won’t get me a credit card. No matter how many times I ask. But thanks for reminding me.’

“‘Credit card,’ I repeat, dissecting the words. ‘Credit: commendation or honor given for some action. Card: a rectangular piece of stiff paper.’

“The man behind the glass gives me an odd look as he hands Cody our tickets. Cody flashes him a hurried smile. ‘She’s from’–he grabs my arm and leads me away from the ticket counter as he mumbles–‘somewhere else. You’re like a small child,’ he tells me sharply. ‘You really don’t know anything.'”

4. Zen – Talk about a guy who will do anything for the girl he loves–this guy doesn’t give up, even when she has no idea who he is. There’s more I want to say here, but it would totally spoil the story, so yeah. Zen is the definition of persevering love.

5. Pacing – This book is a really quick read. The action keeps moving along from start to finish, pushed along by the urge to uncover the mystery behind Seraphina’s missing memories.

On to the giveaway! I have a signed paperback of UNREMEMBERED and a signed hardback of UNFORGOTTEN, plus some signed cards. I’m going to give the books away together, but if you don’t win the books and are interested in the signed book cards, let me know in the comments. Click on the Rafflecopter link below to enter. North America only, please. Good luck!

The Manuscript That Won’t Let You Go

On Giving Up A Favorite Author

Responses to “YA Review and Giveaway (2 signed books!): UNREMEMBERED by Jessica Brody”