My son read another whole series this week! I’ve actually read this one too, and it’s fantastic. Let’s see what he has to say.

So now that I know how to actually do a series review, I don’t think I’m going to do mini reviews. Last week it took me 4 hours to do the review and I don’t have that time. But, this time I am going to highlight some of my favorite things. So, here’s my overview of the series.

The Jack Blank series is a trilogy by Matt Myklusch. It is about a boy named (guess what!) Jack Blank. The book names in order are: THE ACCIDENTAL HERO, THE SECRET WAR, and THE END OF INFINITY. In these books, Jack Blank finds himself to be in a horrible orphanage only to be taken by surprise when he turns out to be from this magical place called the Imagine Nation and has superpowers. But then, things really start to happen… I’ll leave you at that! This is a review, I’m required by law to get you to read the book. So if that means I stop talking about it at certain points to hook you, then that’s okay! I have to do my job. Anyway… let’s get on to my “What I Liked” paragraph.

So, I forgot to do my job throughout it so… you really need to read this book. And that’s not just me saying that because of a so called “Job” that I think I’m important enough to even have a job. But go read this book right now. So, thank you for giving me your time to read this review! Bye! 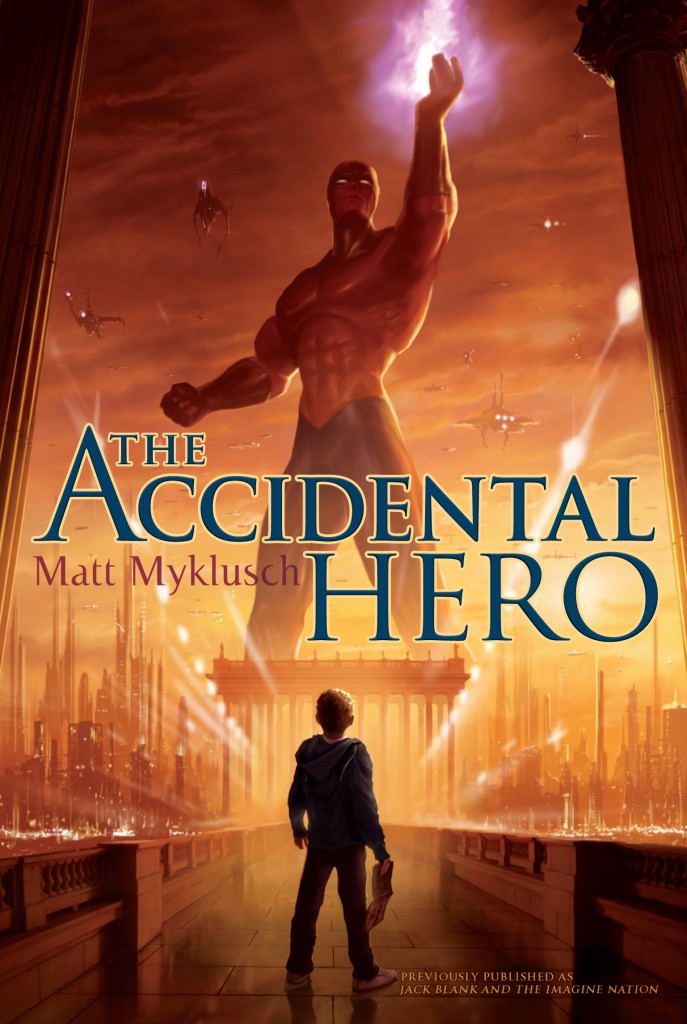 Jack Blank doesn’t know who or where he comes from. He doesn’t even know his real last name. All Jack knows is his bleak, dreary life at St. Barnaby’s Home for the Hopeless, Abandoned, Forgotten, and Lost. Everything changes one morning when Jack receives two visitors. The first is a deadly robot straight out of one of Jack’s favorite comic books, that tries its best to blow him up. The second is an emissary from a secret country called the Imagine Nation, where all the fantastic and unbelievable things in our world originate, including Jack.

Jack soon discovers that he has an amazing ability— one that could make him the savior of the Imagine Nation and the world beyond, or the biggest threat they’ve ever faced.

A little different from last week’s review, but having read this series, I’ll just add that it is full of twists, and it would be very easy to give too much away, so I can understand his hesitation.

MMGM: THE UNWANTEDS by Lisa McMann (a middle schooler review)