Also, today happens to be the 10th anniversary of this blog. I published my first post on May 2, 2012.

I used to celebrate the blogiversary every year by sharing the top posts and pages, but when I migrated to my new website in September 2020, my statistics got a little screwed up. Besides, I think there was maybe only one other person who enjoyed that as much as me 😊.

So, instead, today is a perfect day to share some mini-reviews, since I started this blog to review books along with sharing about my writing journey. I realize I haven’t done a general writing post in a while either, and I’m thinking on that. But for now, here are a few books to add to your reading list!

I love a good suspense, and it’s even more intriguing when there’s a unique twist to it, like in THE LAST CONFESSION OF AUTUMN CASTERLY by Meredith Tate. Told in alternating POVs between sisters Autumn and Ivy, it’s about the disappearance of Autumn and Ivy’s desperate search to find her. The twist is: Autumn’s viewpoint is told from outside her body as she’s observing Ivy’s search and trying to give her clues about what happened to her, even while she doesn’t have all the information herself.

The two sisters are very different. Ivy is part of the self-proclaimed nerd herd. She loves board games and debating Star Wars. Autumn, on the other hand, deals drugs to classmates in an effort to save money for college, and she’s willing to do more. They’re not close and haven’t been since their mother died years earlier.

This book ended up being about so much more than a girl mixed up in the wrong crowd. It addresses a lot of serious topics, like grief, rape culture, victim shaming, and how schools and communities deal with those–particularly the latter. It wasn’t an easy read at times, but it’s an important one. I don’t want to spoil anything for the story, but I really appreciated the resolution.

Meredith Tate lists the following content warnings on her website: This book contains discussions of rape/sexual assault and harassment. There is also drug use, violence, bullying, and captivity/kidnapping. 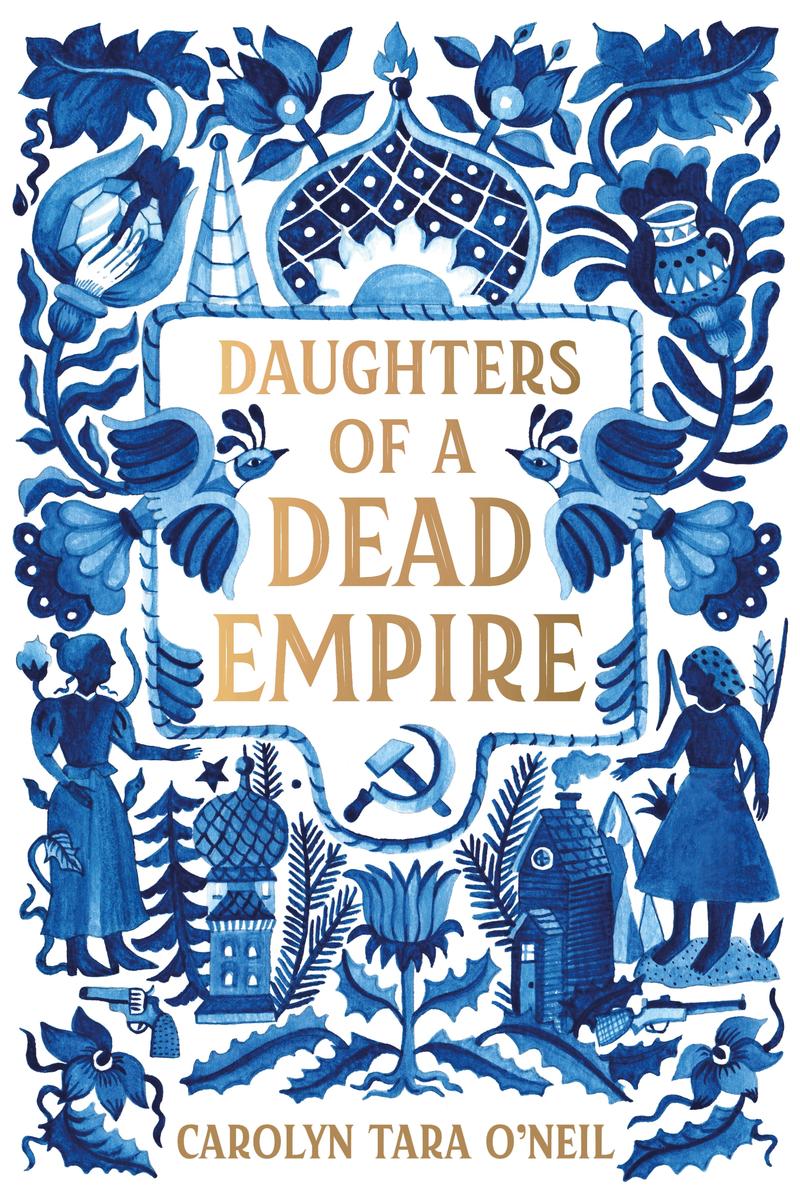 I love stories about Anastasia and am old enough to remember when the legends that she’d survived the execution of her family by the Bolsheviks were still believed. That cartoon with the cheesy villain from the ’90s? Had all the songs memorized. And now it’s a Broadway musical! (But with a more realistic villain.)

I’ve also read Anastasia retellings before, so I’ve been anxiously anticipating Carolyn Tara O’Neil’s take on the story. I love what she’s done in DAUGHTERS OF A DEAD EMPIRE. The story begins with Anna stumbling into a town celebrating the death of the tsar. When she protests their joy and is about to be thrown into a bonfire herself, Evgenia interferes, saving her life. But while Evgenia doesn’t want to see Anna killed, she also is no bourgeois sympathizer. She is, in fact, a Bolshevik herself.

Anna is being hunted and trying to find her way to a cousin who can help her. Evgenia agrees to help her in exchange for a diamond to purchase medical care for her brother, not realizing she’s endangering herself by helping Anna.

What I loved most about this story is how it shows two girls from very different backgrounds with very strong views about their country. They both start out sure that everything is black and white, but as they get to know each other and also experience encounters with both sides of the country at war, they learn that there are many areas of gray and perhaps they need to compromise. It’s about friendship and family and also standing up for what you believe in while understanding that you might still need to change some yourself. I also really appreciated learning more of the history around this time period. There are many serious and heartbreaking topic covered in this book, but it’s also completely engrossing and applicable to things happening in the world now. Definitely check it out!

PRIDE AND PREJUDICE is my all-time favorite book, and yet I can’t say I’ve ever thought much about middle daughter Mary Bennet, other than to wonder why she didn’t marry Mr. Collins. Seriously, they would have been perfect for each other!

So I was intrigued by the idea of JC Peterson’s BEING MARY BENNET, which follows Marnie Barnes, the middle daughter in a family of girls, the oldest two of which could be likened to Jane and Elizabeth Bennet in their natures and accomplishments. Marnie finds herself spinning her wheels to stand out among her sisters, and she doesn’t have a need for anyone else in her life except the professed love of her life, Hayes, who is much older and engaged. She continually brushes off her roommate, Adhira, who is completely charming.

The story centers around Marnie’s goal to win the prestigious Hunt Prize at her school, and she selects a project connecting the local library and an animal shelter specifically with winning in mind. When Adhira accuses her of acting like Mary Bennet, Marnie realizes she needs to change.

Quite honestly, Marnie frustrated me for about half the book because she was blind to the people around her, but the whole point of the story was for her to figure that out. And it’s really worth it to see her learn which parts of herself she needs to hold on to and which parts she needs to open up and let other people in. I loved seeing her develop friendships and family bonds. Such an interesting take on what it might be like as a younger Bennet sister!

Annnyway… LOVE, DECODED is a companion novel to Jennifer Yen’s debut novel, A TASTE FOR LOVE, which was a P&P retelling. This one tackles EMMA, which is my second-favorite Austen novel. It follows high school junior Gigi Wong, who might follow in her great-aunt’s footsteps as a premier matchmaker and who also loves to code. She decides to combine the two by applying her aunt’s matchmaking questionnaire to an app she’s already designed, and things start to go wrong.

One of the things I particularly appreciated about this retelling is that it highlights Gigi’s privilege in contrast to her new friend Etta. She takes some big missteps–just like in the original–and has to adjust her view of the world. Also, even though it’s a rom-com, there’s much more of a focus on the friendships, and honestly, the original story is also a romance that grows out of friendship as well. I hope Jennifer Yen plans to tackle more Jane Austen retellings!

I don’t know how long you’ve been following me here on the blog, but if it has been 10 years, thank you! To everyone, I’m always open to new ideas for what to cover here, so please leave a comment if there’s a particular topic you’d like to learn more about.

On Revising and Killing Those Darlings

Oh, hey there, July, you just flew by! And so did