Last week was a little crazy for my kids so I gave them a week off of reviewing, but I do hope to have a series review from my sixth grader next Monday. However, he will officially finish sixth grade this Thursday, so now I’m wondering if that means I have to start calling him a seventh grader. What do you think?

In any case, I have several young adult books to share with you this week. It’s quite a mix of serious and lighthearted contemporary, along with a historical mystery. I hope you find something you’d like to read! 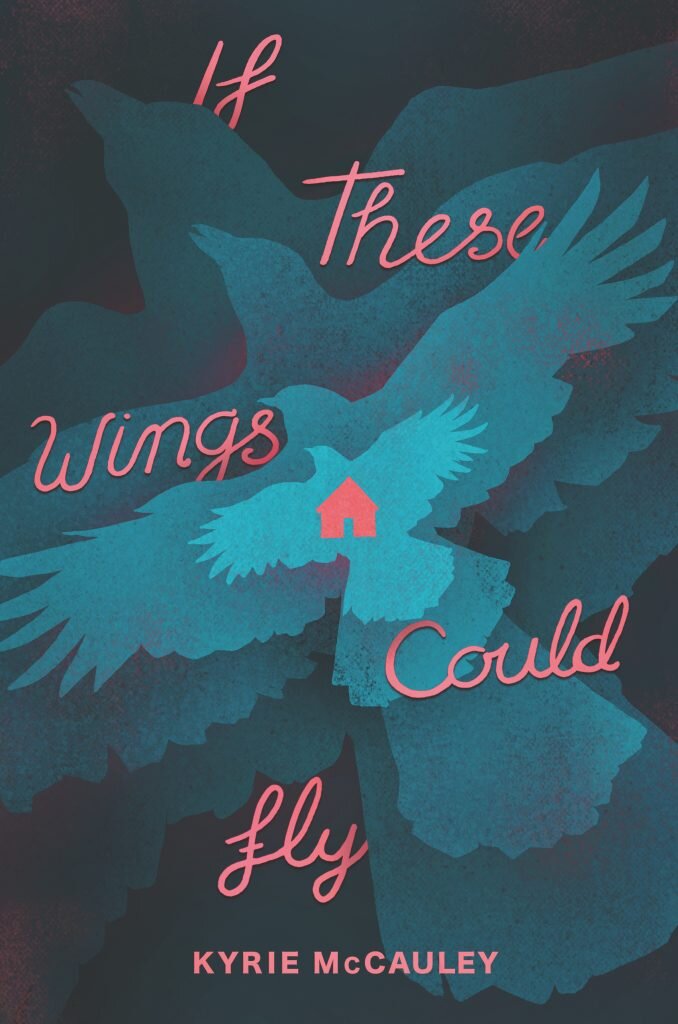 Do you tend toward lighthearted or serious books? I definitely prefer to laugh and in general shy away from books I fear could bring on tears. The exception is when I know the author—and it turns out a lot of my writer friends like to tackle serious topics!

IF THESE WINGS COULD FLY by fellow #PitchWars17 mentee Kyrie McCauley is yet another example of why it’s so important to read books outside your normal comfort zone.

The book is set in small-town Pennsylvania, which is being invaded by tens of thousands of crows. They don’t bother seventeen-year-old Leighton, who already lives in a house that inexplicably repairs itself every time her father loses his temper and breaks things. She’s focused on finishing out her senior year and deciding whether going away to college is worth leaving her sisters. While her father’s rage and the crows both increase, Leighton allows herself to get close to her charming classmate Liam. (Note that Kyrie includes a content warning on her website that the book includes realistic depictions of domestic violence that may be disturbing for some readers.)

Yes, this book tackles the very serious topic of domestic violence. It addresses how both the characters experiencing it and those who know about it—or suspect—respond, which is a very important conversation to have. It’s something we should be thinking about and aware of. So, yes, it’s hard, but if it’s a topic you can handle, then it’s worth reading.

But IF THESE WINGS COULD FLY is much more than an issue book. There’s sisterhood with all of its complications, first love with its mix of confusion and exhilaration, and a girl finding her internal strength. PLUS, there are the crows, which I’m not even sure exactly how to describe. There’s a sense of magic to the crows and yet Leighton also finds scientific explanations for much of what they do. It’s fascinating. Both the crows and the house are rich metaphors throughout the book.

I’m so glad I read this book and will be continuing to think about it. I definitely recommend it, with the caveat about the content if that may be an issue. What a powerful read! 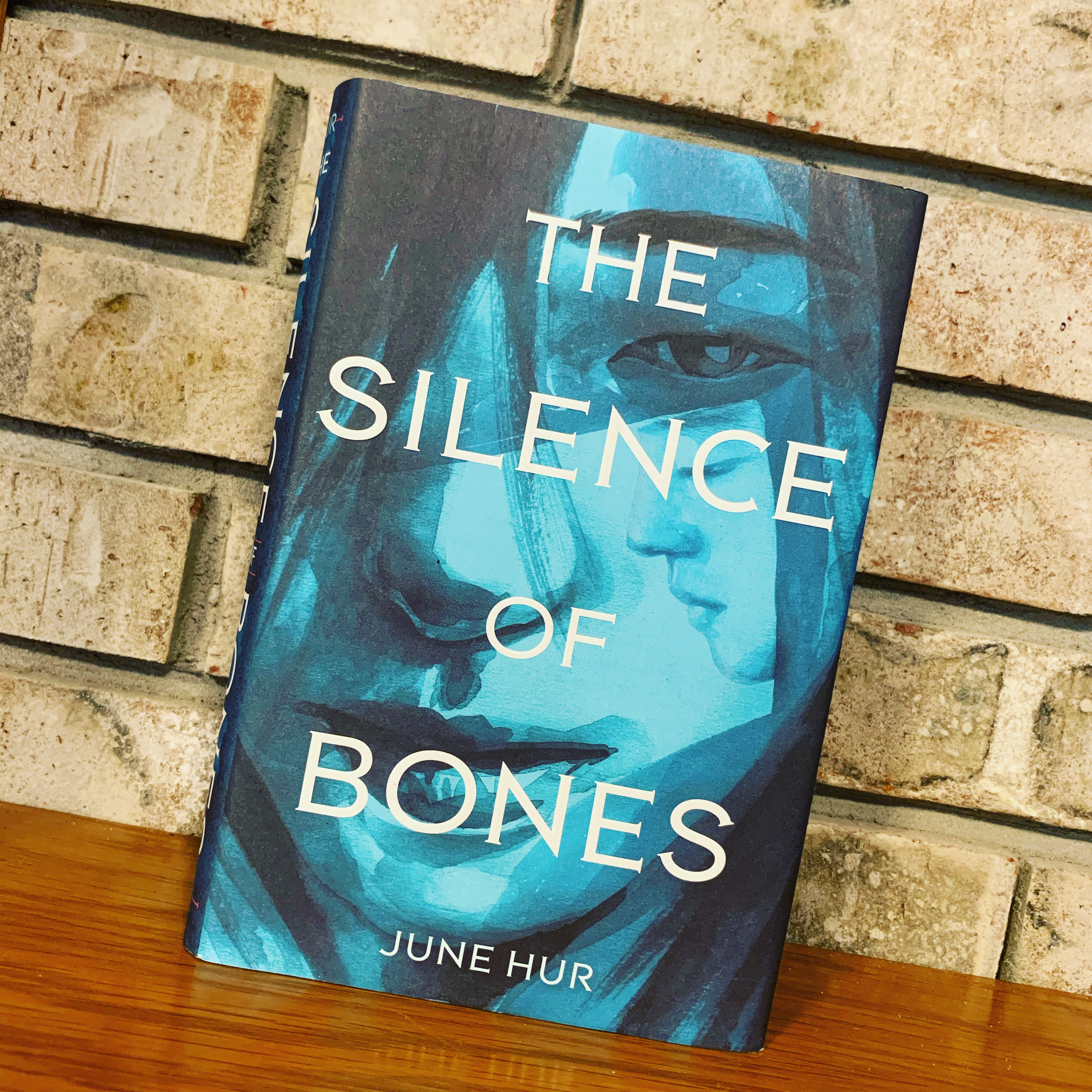 I’ve been making a more concerted effort this year to read books by debut authors, and THE SILENCE OF BONES by June Hur is one that caught my attention early on. Set in 1800 in Joseon (Korea), the story follows 16-year-old Seol, indentured to the police bureau as a damo. She must assist a well-respected young inspector investigating the murder of a noblewoman. She forms an unlikely friendship with the inspector, but when he becomes the chief suspect, she might be the only one who can discover the truth—a challenging prospect in a time and place where a young girl is expected to be silent and obedient.

I’m always intrigued by a good mystery, but this book had the added element of a setting I’d never experienced before. I’ve read a lot of historical, but never in this specific part of the world. It was both interesting and frustrating to read Seol’s experiences. In addition to the investigation, Seol had a separate goal—to find her brother, who had left home a decade before and never returned. The two stories kept weaving together in unexpected ways. And the investigation itself ended up twisting in a number of directions, exploring both personal and political relationships. At times the book was quite harsh to read, but it was also very well done. I really enjoyed how well everything all fit together and the final resolution. 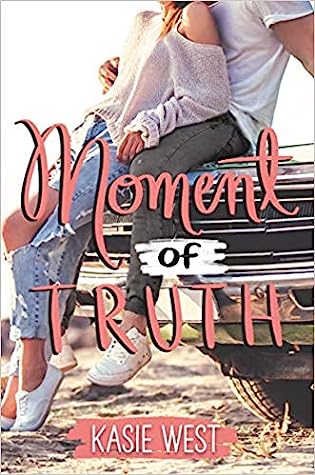 I read MOMENT OF TRUTH by Kasie West in less than 24 hours. It’s no surprise, since I’m a huge Kasie West fan and basically love every book she writes.

It’s about 16-year-old Hadley Moore, whose whole life is dedicated to swimming. And the story starts off with an important meet being disrupted by a guy dressed up as a Hollywood action hero crashing it. This masked hero has made a habit of going around town performing crazy stunts, but it’s the first time he’s messed with her. So of course she makes it her mission to discover who he is.

I really enjoyed the mystery of the masked character—and the eventual solution (which I totally figured out way before Hadley did). But as with all of Kasie West’s books, what I enjoyed most was the friendship, family, and love story. Hadley had a lot of self-discovery to go through in this story, and it wasn’t an easy path for her to follow. I’m also a sucker for a jokester love interest, but that’s all I want to say about that since even the description doesn’t say much about the love interest 😉.

I think I am STILL behind on Kasie West’s books. But hey, it’s something to aspire to as a writer—that readers can’t keep up! 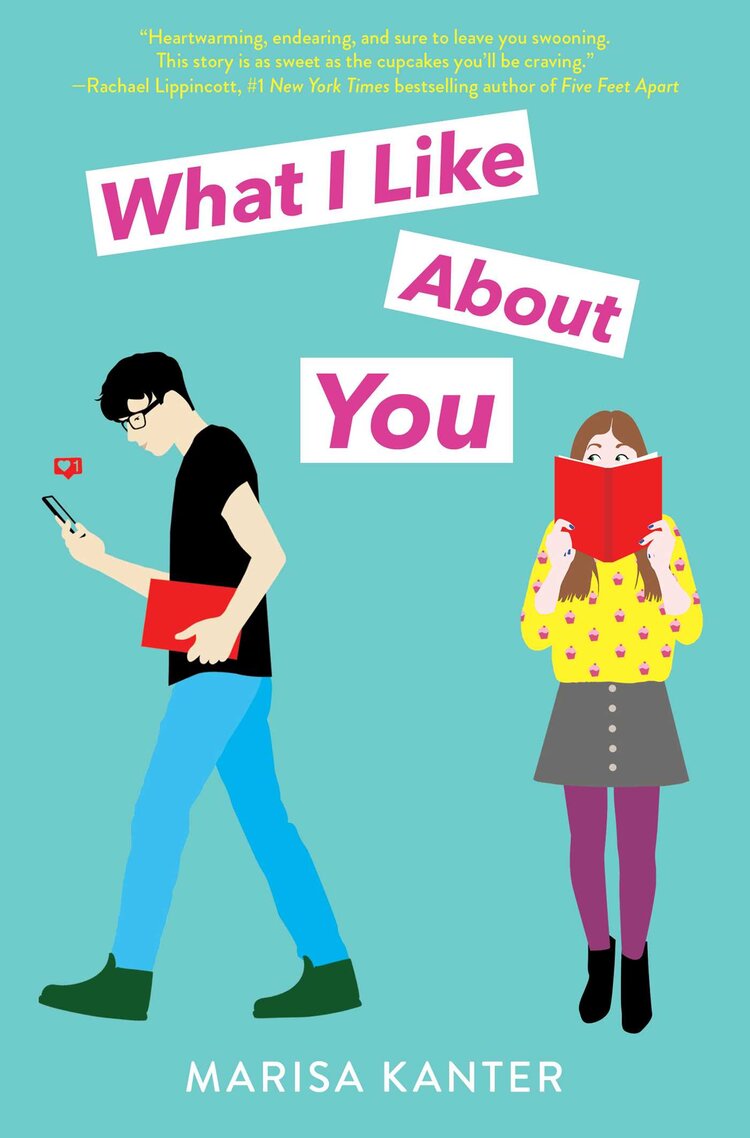 I’ve wanted to read WHAT I LIKE ABOUT YOU by Marisa Kanter ever since I read the description and sample in PitchWars in 2017. It’s so gratifying when a book delivers on the premise, and this one totally does. I read the whole thing in a single day, while my family was participating in an at-home camping trip. I definitely belonged inside with a book while they were cycling 15 miles in the rain and camping in the front yard!

The premise of WHAT I LIKE ABOUT YOU is that three years ago Halle Levitt created a pseudonym when she started her cupcake-themed book blog. None of her online friends—including best friend Nash—know her true identity. When she moves in with her grandpa for senior year, she meets Nash in real life but is too scared to tell him who she is, embroiling herself in a love triangle with herself.

I really enjoyed how Halle grew during the story, learning what it means to be a friend and also working through her grief (a major plot involves the fairly recent death of her grandmother). Also, the take on books was really interesting. I’d love to see one of these cupcake cover recreations! 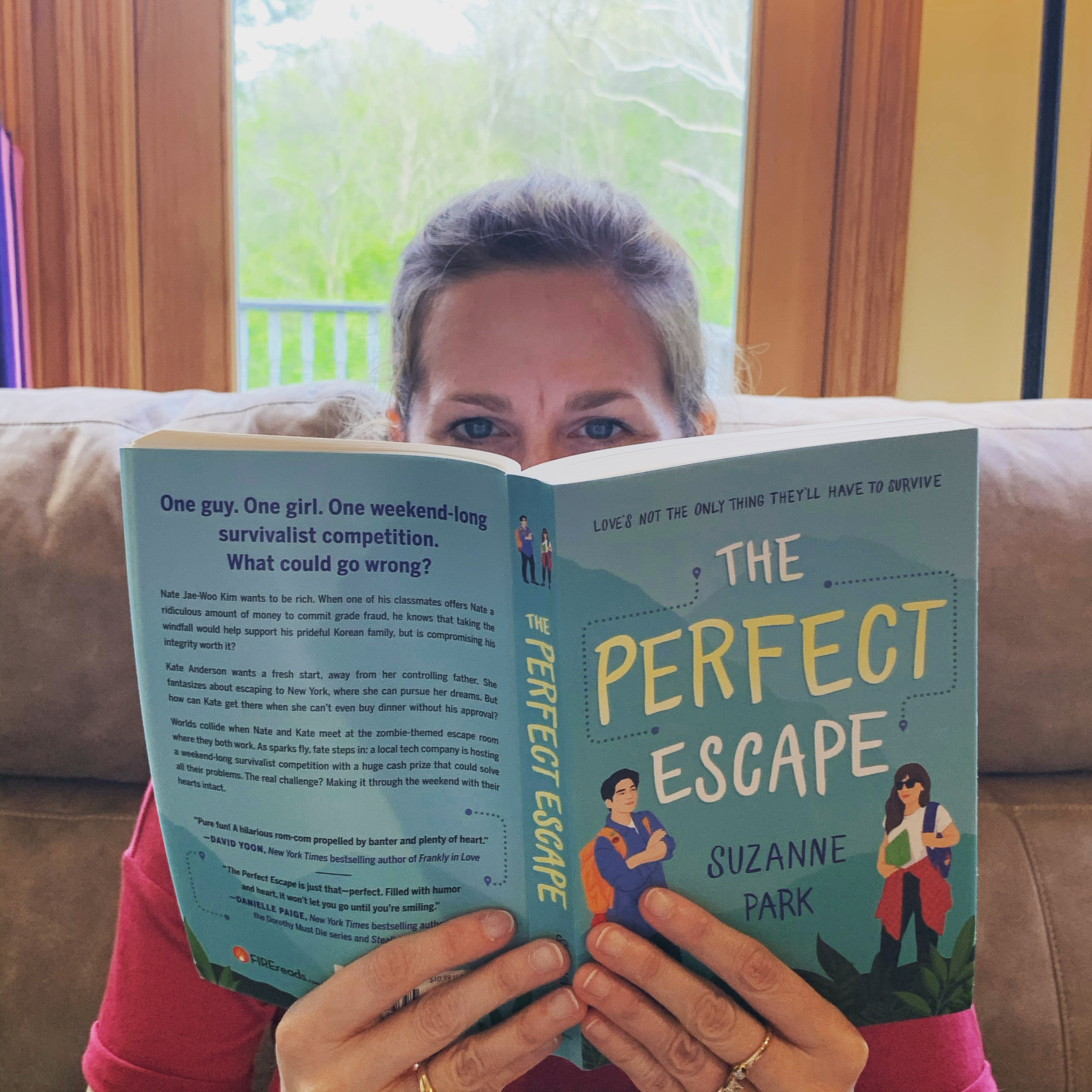 THE PERFECT ESCAPE by Suzanne Park truly was the perfect escape from all the craziness in the world. It’s about Nate Kim, a Korean-American teen who works at a zombie-themed escape room, and Kate Anderson, an aspiring teen actress with an over-controlling dad. Together, they team up for a survivalist competition for a huge cash prize.

I’m always up for a zombie story—real or imagined—and this one delivered. But it also dealt with a number of real-life family issues for both characters. They come from very different worlds, and yet they share a love for zombies and campy jokes, and their survival skills are the perfect complement for each other. Their love story isn’t an easy one, but it feels real. I really appreciated the resolution for everyone involved.

I just realized that four of these are 2020 debut books and two are PitchWars 2017 classmates! I can’t afford to buy every book I’d like to, but I’m trying to support other authors however I can during these times. I hope you are too!

MMGM Fourth Grader Review: THE GIRL WHO COULD NOT DREAM by Sarah Beth Durst 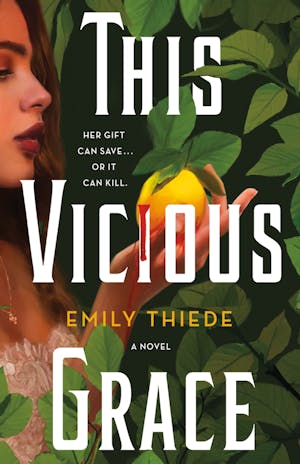